The Ultimate Guide to Golf in Barbados 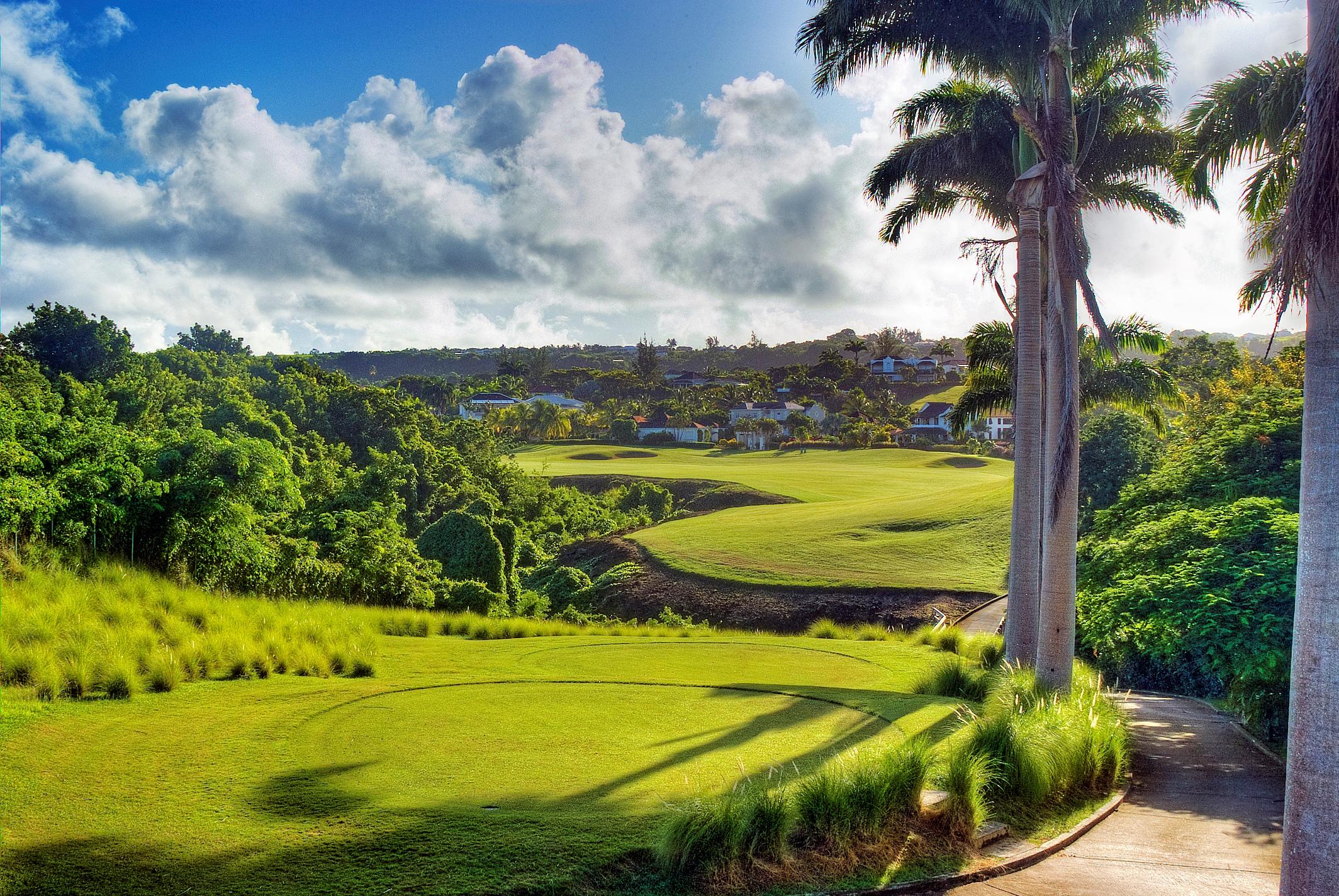 Barbados is a golfer’s haven, with great weather conditions and some of the world’s best courses to enjoy.

Here at the Royal Westmoreland, we often host PGA Tour events, and the island was even home of the 2006 World Golf Championships World Cup.

No matter whether you’re a seasoned pro or a complete rookie, there’s a course for you in Barbados.

Where else to start but here at the Royal Westmoreland? Our 7,045 yard, par 72 course was designed by Robert Trent Jones Jr, the acclaimed course designer.

Set amongst rolling hills, ravines and rock faces, our course has a mixture of short holes, with a challenging back nine preceded by tricky greens on the front.

You can see a full guide to the course and its hole here.

And after your round is over, you can head to our Colonial-style clubhouse for some refreshments.

Sandy Lane is the biggest golf resort on the island and is home to not one, not two, but three courses, the Green Monkey, the Country Club and the Old Nine.

The Green Monkey is a 7,343 yard, Tom Fazio-designed course which was carved from an old limestone quarry, giving it some dramatic exposed rock faces and is exclusive to guests of Sandy Lane.

The Country Club and Old Nine courses are open to non-residents and charge green fees of £155 and £60 respectively.

Sandy Lane is also notable for its golf carts, which are included in your green fees, and feature a GPS system which shows your location, and how close you are to the next green, and any hazards such as bunkers, as well as offering tips on the best way to play the hole!

Apes Hill is one of the newer courses on the island and features spectacular views over the sea from its great location on the platinum coast.

This is a more challenging course, with varied holes taking full advantage of the course’s contours.

The 12th hole is particularly noted for its spectacular views out over the coast, as is the 16th, which has become known as the course’s ‘signature hole’ due to its setting within a coral-stone quarry.

The Barbados Golf Club is much more affordable and accessible for beginners, or less experienced golfers, and is located nearby Grantley Adams International Airport.

An 18-hole round at the Barbados Golf Club will set you back just over £90. The course has hosted PGA Seniors Tournaments as well as the Barbados Open on a number of occasions, and underwent major refurbishment in 2000, to the specification of the course designer Ron Kirby.

This south-coast 9-hole course is suitable for golfers of all abilities, and while it’s not the biggest course on the island, it’s still a good challenge!

With alternative tees for the back nine, there is an ‘Out of Bounds’ on each hole, so you have to be strategic with your shots.

It’s a very friendly and welcoming clubhouse, with a weekly competition on a Saturday which is open to visitors as well as members.

Barbados truly is one of the best places in the world to take in a round or two of golf, and even if it’s something you’ve never tried before, it’s definitely worth having a go, with such great facilities on offer. Who knows, you might even discover a new passion!