Ten things you can only do in Barbados after dark 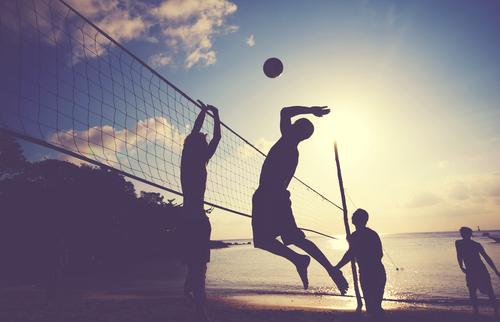 Barbados is primarily known for being a sun worshipper’s paradise, but the fun doesn’t stop when the sun goes down.

And while the island does have an excellent nightlife to check out, if you’re not the partying type, there’s still plenty to see and do. Here are ten of our favourite after-dark activities in Barbados.

One of the most famous night-time activities on the island is the weekly Oistins Fish Fry, found in the fishing town of Oistins on the island’s south coast.

Both locals and tourists alike come together here at the weekend with this weekly celebration of food and music. All kinds of amazing seafood such as tuna, swordfish, marlin, mahi-mahi and flying fish, as well as other local specialities such as jerk chicken, are all freshly prepared right in front of you in an informal setting.

While the food is the main draw, there’s also an array of stalls selling locally made arts and crafts such as jewellery and ceramics.

It’s also a great showcase of Bajan music, with both classic reggae and ska tunes being played alongside more modern Caribbean soca and calypso.

If you only see Barbados on foot, you’re really only seeing half of the island, so why not take out a catamaran cruise to see it from a totally different perspective?

Taking a sunset cruise is an even better experience, as you see the lights twinkling on the shore in the distance, whilst sipping on a cocktail.

There are plenty of operators offering night time cruises off the coast of Barbados, such as Silver Moon.

Or for something a little different, rather than heading out on the waves, why not dive down beneath them?

Submarine trips are a popular tourist activity in Barbados, but doing one at night it a completely different experience.

High powered spotlights allow you to see the coral reef in a whole new way, with the colours of the reef appearing far more vibrant and spectacular under the lights. If you’re interested, head to Atlantis Submarines.

There are now a number of popular dinner shows in Barbados, delivering great food alongside quality cultural entertainment.

The most popular of these dinner shows highlight Barbadian heritage through music and dance and are a great way to spend an evening soaking up the local culture.

Our favourites include the Celebrations of Rhythm and Harbour Lights shows, although for a more educational and equally as fun experience, check out the Dinner with George production to learn more about the former President’s time on the island.

Bajans love a good party, so if you’re after a night out in Barbados, you’re never short of options.

Aside from the fish fry, there’s a range of bars and clubs, as well as lots of no-frills rum shops which are worth checking out.

Also, keep an eye out for street parties which are regularly held around the island. The main areas to head to are St Lawrence Gap (the Gap) or areas along the West coast (the Platinum coast) such as Holetown.

Barbadians are known for having a witty sense of humour and there are often comedy shows taking place throughout the year.

Two of the most popular shows are ‘Pampalam’ and ‘Laugh It Off’, which are based on the colourful characters who call the island home, as well as a bit of local gossip!

You may find it a little difficult to follow along with the Bajan dialect, but it’s an experience nonetheless! Check out our ultimate guide to speaking like a Bajan here if you need a little guidance.

Music is an intrinsic part of Barbados, and there’s always live music to be found somewhere.

All kinds of music are covered, whether it be local styles such as calypso or soca, or things you’re more used to like rock, reggae and even country and western!

While we definitely don’t advise any late night swimming, sitting and watching the sun go down on one of Barbados’s many amazing beaches can be a really magical experience.

Why not pack a picnic and a couple of glasses of wine for the perfect Caribbean date night?

The historic Garrison is one of the best attractions on the island, but it takes on an altogether more macabre tone at night with the Garrison Night Tour!

The tour includes a trip through the mysterious garrison tunnels and experiences several short re-enactments along the way. Just be sure to take a flashlight!

Hop aboard the Black Pearl like Captain Jack Sparrow with this after dark party cruise and dinner show, all aboard a stunning pirate ship.

As you can see, the fun doesn’t need to stop once the sun sets in Barbados. In fact, it only just begins!

To experience all of this and more, give us a call here at the Royal Westmoreland resort.