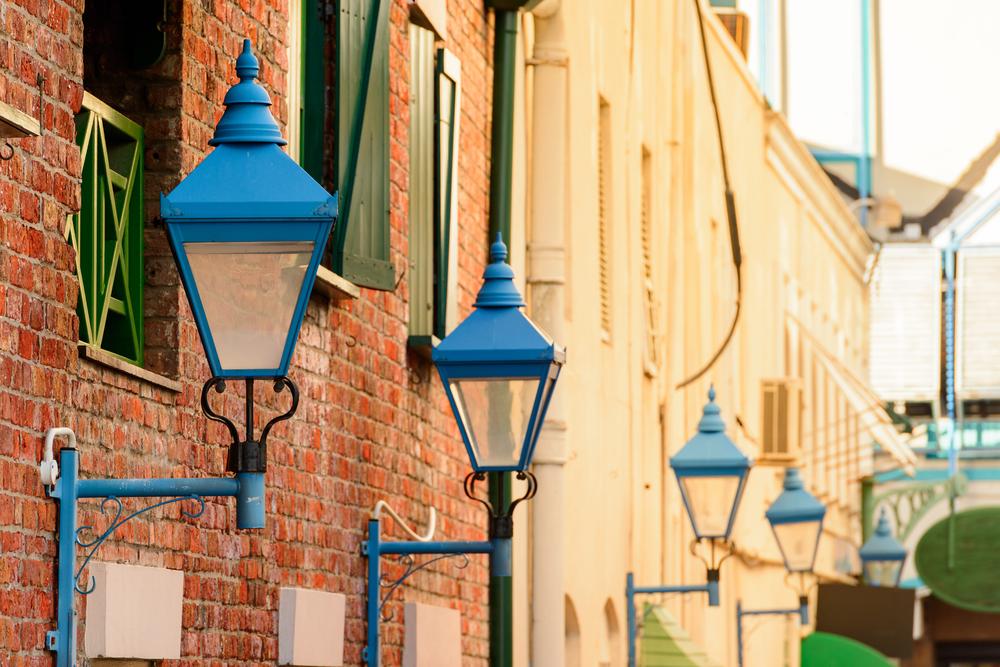 One of only two landlocked parishes in Barbados, St George sits in the centre of the island and is unique in the fact that it borders six other parishes. A very rural part of the country, visitors here find themselves travelling past peaceful sugar cane fields perched on gentle slopes from where picturesque vistas of the southern and western coasts can be seen. And although there are no beaches here to draw the crowds, this quaint interior parish has a number of hidden gems that attract many inquisitive visitors. Here, we’ll look at some of the reasons you might want to pay a visit to St George.

Now maintained by the Barbados National Trust, Gun Hill is one of half a dozen signal stations erected after the 1816 slave rebellion to raise the alarm if further insurrections broke out. The station’s other purpose was to warn the islanders of a possible invasion. To do this, of course, it needed to have excellent views of the ocean and today, many people visit the site to wonder at the equally magnificent views the station offers of the island itself.

Unlike most of the other signal stations, Gun Hill’s strategic vantage point in the centre of the island meant it was fortified with four cannons which were to be fired in the event of an invasion. As a result, it needed soldiers to be permanently stationed there and this led to the construction of officer’s quarters and barracks.

Today the signal station has been restored to its former glory and is open for visitors. Besides the building itself and the amazing panoramas, there is a collection of military memorabilia including cannons and perhaps most interestingly, the famous ‘Lion at Gun Hill’, an oversized stone sculpture of the iconic British lion made in 1868 by Captain Henry Wilkinson.

Drax Hall, built by plantation owners William and James Drax in the 1650s is the oldest of three surviving Jacobean manor houses in the western hemisphere, another of which, St Nicolas Abbey, is also on the island. While this is a private house and not open to the public, many people still go to view the exterior of the property to admire its archetypal Jacobean architecture, such as the gable roofs, corner finials and casement windows.

Arguably the most beautiful of flowers, orchids grow wonderfully well in certain areas of Barbados and none so plentiful as at Orchid World in St George. Here, you’ll find over 20,000 different species of them spread out across the ornate six-acre gardens and five specially built orchid houses. There are orchids of every shade, shape, pattern and colour you can imagine here.

If that’s not enough, there’s also thousands of species of Caribbean flowers and plants to see and, equally enchanting, the local hummingbirds that come to this nectar-rich garden to feed. Recent developments include the introduction of a stream and waterfall and the installation of garden art along the winding pathways.

You can extend your stay by enjoying refreshments in the bar or having a meal at the restaurant. There’s also a gift shop where you can purchase souvenirs.

There are few old churches in Barbados as most of them were destroyed in the great hurricane of 1831. One of those that did survive and is now the oldest church on the island is St. George’s Parish Church which dates back to 1784. English in style and with many of the characteristics one would expect from a church of the Georgian era, like many others in Barbados, its buttresses bear witness to a more gothic influence. Overall, the effect is beautiful to look at and makes this large, square towered church a great photo opportunity.

It’s not just outside that’s worth a visit, however. Internally, there are some visually stunning stain glass windows, though the pièce de résistance has to be Benjamin West’s resurrection painting ‘Rise to Power’ which takes pride of place behind the altar. West, a founder member of the Royal Academy and whose patron was King George III, was a famous painter of the day and his work can still be found in major galleries.

This particular painting, however, has a more colourful history. A fallout between church officials and the painting’s owner prevented it being put on display. Instead, it was kept in an outbuilding where, according to folklore, a runaway thief was so alarmed by Jesus’ stare that he punched the painting and knocked the saviour’s eye out. Rather than have the painting restored, the resourceful members of the congregation simply gave Jesus an eye patch which he still wears to this day.

As it borders six other parishes, there’s a good chance that while travelling across Barbados you’ll pass through St George. If you do, or if you fancy some time away from the more traditional tourist attractions, take a little time to visit some of the places mentioned here. They are well worth a visit.

If you are looking for first-class accommodation in Barbados, take a look at the exclusive villas and apartments here at Royal Westmoreland.