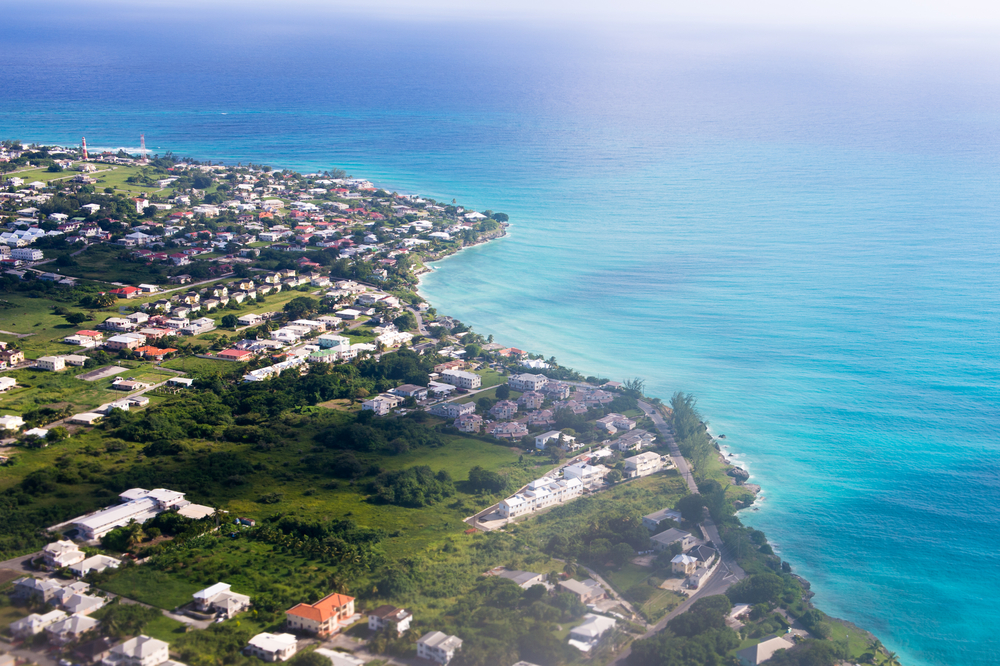 It is always a good idea to check out a holiday destination before you visit and, fortunately, for those thinking of visiting Barbados, there is a lot of information out there – after all, it is one of the world’s premier places to visit. However, there are always little gems of information that people don’t get to discover, so we hope you’ll find these six surprising facts as fascinating as we do.

1. Barbados is not, strictly, a Caribbean island

Most people tend to think of Barbados as being in the Caribbean as it is in the same part of the world as Jamaica, Cuba and the Bahamas. Geographically, however, it is completely surrounded by the Atlantic Ocean and not the Caribbean Sea.

Another difference between Barbados and the Caribbean islands is that they were formed by volcanic activity and are composed mainly of volcanic lava. Barbados, on the other hand, rose out of the ocean through the coming together of the Caribbean and Atlantic tectonic plates. As a result, Barbados is composed mainly of coral limestone, giving it one of the world’s purest water supplies, its stunning reefs and its much-loved, white sandy beaches.

The other advantage of being to the south of the Caribbean is that Barbados lies at the farthest edge of the hurricane strike zone, which is why it hasn’t been struck for over 60 years.

2. Barbados is the birthplace of rum

If you’re from the UK, you’ll have grown up seeing TV ads about Jamaican rum. However, as any connoisseur will tell you, the world’s oldest and best rum is Bajan. First distilled on Barbados way back in the 1650s and originally known as ‘Kill-Devil’ by the plantation workers who made it, it is now the country’s national drink and a source of much pride.

Today, Barbados is home to the world’s oldest rum distillery, Mount Gay, which has been producing rum for over 350 years. A visit to the Mount Gay Visitors’ Centre to sample a tipple or two and to enjoy a rum cocktail is one of the must-do activities for any visitor to the island.

3. You can pack lightly

If you’re coming to Barbados, you won’t need to fill your suitcase with warm clothes just in case it gets a bit cold. With an average temperature of around 29 degrees, it’s always warm. You will need your sun tan lotion though. The island has over 3000 hours of sunshine a year, that’s an average of 8½ hours a day. And while it does rain in the tropics, showers tend to be short and are followed by more blue skies and sunshine.

For a small country with a population of less than 300,000, Barbados has quite a lot of homegrown talent. It’s the birthplace of the musicians, Rhianna, Shontelle and Grand Master Flash; the writers, Kamau Braithwaite and George Lamming; and cricketers, Sir Garfield Sobers and Desmond Haynes.

Aside from our national treasures, it’s become a second home to many celebrities, such as Simon Cowell, Gary Lineker, Wayne Rooney and Michael Flatley who all have property here. It’s also a favourite location for the famous to spend their holidays; Tiger Woods even got married here.

It’s not just celebrities who keep coming back, either. Barbados boasts one of the highest rates of traveller revisits in the world, with over 40% of visitors liking the island so much, they come back for more. According to visitor surveys, the number one reason is the friendliness of the Bajan people.

5. One of the healthiest places to be

Perhaps another reason to keep visiting is that Barbados has a long history of being a healthy place to live. People were encouraged to visit here as far back as 1840 when our annual death rate was half that of the global figure. Today, Barbadians continue to live long and healthy lives; along with Japan, we have the world’s highest per capita rate of centenarians. We put it down to the clean air, healthy food, great climate and our relaxed, stress-free approach to life.

If you are going to get familiar with Barbados you need to get acquainted with our national symbols. One symbol you’ll certainly get to see when you’re here is the flying fish. In fact, Barbados is known as the land of flying fish because they are regularly seen gliding along the coast. These magnificent creatures don’t just jump out of the water, they can actually glide for almost a minute and at speeds of 40 miles per hour.

Another symbol you’ll get to see is our national flower, the Pride of Barbados, also known as the Dwarf Poinciana or Flower Fence. With the colours of fire and sunset, you can’t fail to miss this plant which blossoms all year around. Traditionally, the leaves of the plant have been used to make a calming tea that can be used to settle children down and stop them crying.

Perhaps the most important symbol, from a historical point of view, is the bearded fig tree. In days gone by these were to be found all over the island and caused the Portuguese sailors who discovered Barbados in 1536 to give it the name, The Bearded One, or as it is said in Portuguese, ‘Los Barbados’.

Today, Bajans have another name for the island, ‘Bim’. It’s our nickname, just like the British call their country Blighty and the Americans call the USA Uncle Sam.

As you can see, there are lots of interesting things to discover about Barbados. However, these facts are just scratching the surface. If you’re really intrigued by our stunning island, the best way to discover it is to come and pay us a visit and experience our world famous hospitality for yourself.

If Barbados is your dream location, why not stay at one of the luxury villas and apartments here at the Royal Westmoreland? We’ve got everything you need for the perfect holiday.