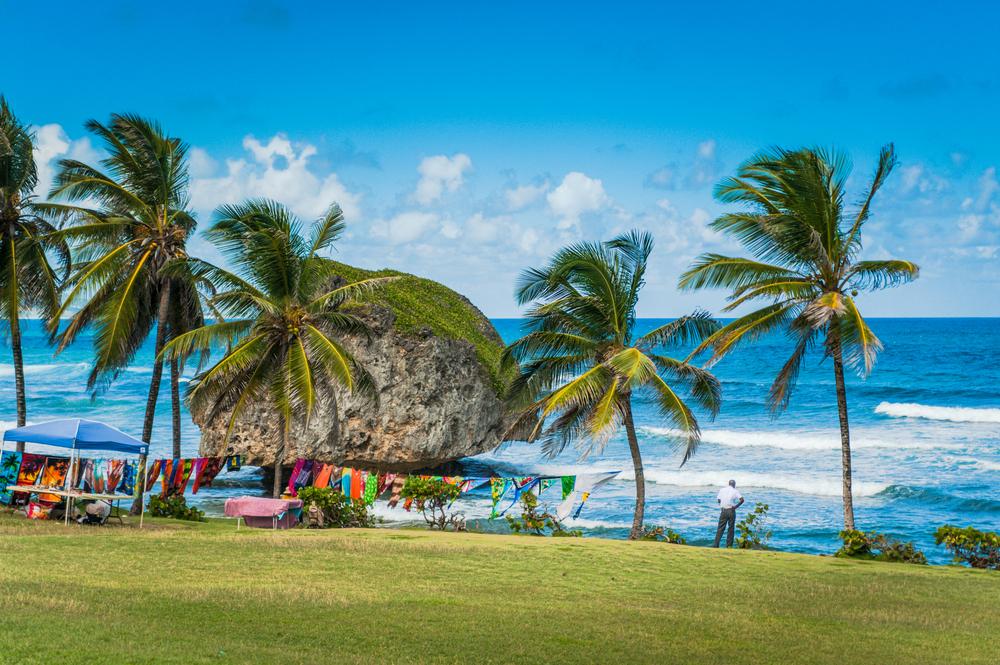 Barbados is one of the most popular destinations in the Caribbean, and while it’s easy to see why, this also means that some of the island’s more popular areas and attractions can get very busy during peak periods.

We’re going to take a look at some of the best-hidden gems around the island, with a couple of contributions from bloggers who have visited the island or are lucky enough to call it home.

The eastern side of the island is far less commercialised and is the place to head if you want to find some more rugged walks and quieter beaches.

It’s also known as the best part of the island for surfing, but for us, one of the highlights is the Andromeda Botanic Gardens which is home to a range of flora, such as cacti and orchids, although the highlight is the Ficus Citrofolia which creates a huge canopy of branches and roots.

Hidden beneath the waves of Carlisle Bay on Barbados’ south coast five storied shipwrecks lay on the sand. At a maximum depth of around 17m the wrecks are accessible to both scuba divers and snorkelers and offer insight into the island’s rich marine landscape. With some of the wrecks over 100 years old, and others new additions to the sunken fleet, their varied conditions provide unique underwater experiences. The 70ft Berwyn, deliberately sunk in 1919 is a veritable spaghetti junction of schooling fish darting about within the structure. While by contrast the derelict wreck of the Ellion is barren having been on the sea bed for just a decade, however confident divers can descend into its large hold, navigate through the bowels of the ship, pass through the engine room, and climb the spiral staircase that leads out onto the deck.

Shark Hole Cove is one of the smallest and quietest beaches on the island and is the ultimate choice if you really want to get away from it all and feel like you’re all alone for a couple of hours.

The cove is found in between Bottom Bay and Beachy Head Bay, on the south-east of the island.

The calm waters make Shark Hole ideal for snorkelling, or you can just chill out and listen to the waves against the shore.

“On Barbados’ southern coast in St. Philip you can find a few gems, my favorite being Bottom Bay. Bottom Bay has the most amazing turquoise blue waters, it’s full of palm trees and even better, it’s secluded.

“This beach is the perfect place to string up a hammock, chill with a beer and read a book. It is also an amazing place to just snap a few picture perfect postcard shots while on an island tour of Barbados. I recommend you come in a group of two or more just to be safe.”

This lesser-known gully in the centre of the island is a great way to explore the best of the local flora and fauna on the island, and can feel a million miles away from the hustle and bustle of the tourist resorts once you’re there!

There are information points around the gully so that you can explore at your own pace, and feeding platforms where you can stand and watch the local green monkeys eating and playing together.

The Sunbury Plantation is a great alternative to the more popular St. Nicholas Abbey and is equally as interesting.

It’s an old sugar plantation and is actually the only great house on the island where all of the rooms are open to visitors.

Within the house, you’ll find an array of treasures and artefacts which give an insight into life on the plantations, and it’s only a 25-minute drive east of Bridgetown.

Malou Morgan from Skip to Malou – The Horses at Pebbles Beach

“One of the best-kept secrets in Barbados involves the most majestic creatures: the racehorses from the Garrison Savannah. Between 3am – 6am you can spot them being walked down to Pebbles Beach for their morning swim. I would suggest getting there just before dawn, as the sun begins to make its appearance.

“Their handlers gently walk the horses into the ocean, wash them off, and then take them for a swim around the moored boats! The handlers either swim beside them or hold on to their backs – Horses are natural swimmers and this is one of the best forms of exercise for them. It really is quite a sight to behold – you can either sit on the beach, sip your coffee and enjoy the spectacle from a distance or join them in the water (also keeping a safe distance).

“Both the horses and handlers are very relaxed and happy in the water, splashing around and enjoying the tranquillity of the hour. This event is worth the struggle of getting out of bed at that time in the morning.”

The beaches are one of the main attractions in Barbados, but that also means that they get really crowded, especially during peak periods.

For a beach which is a little way off the beaten track, you might want to try Accra or Harrismith Beaches.

Harrismith, in particular, is a smaller bay on the east side of the island, only a short walk from the much more popular Bottom Bay.

The surrounding reef protects this lagoon, meaning the waters are perfectly calm and ideal sunbathing and paddling in the shallow water.

If you want a short walk too, there’s also an old plantation house at the top of the cliffs.

The island’s only accessible sea cave, Animal Flower Cave can be found right at the very northern tip of the island, and is unlike any cave you’ve seen before!

Instead of normal grey rocks and formations, you’ll be greeted with a splash of colour, formed by the oxidation process of the copper and iron, making the whole cave look like it’s some natural art installation.

Many of the rock formations resemble lizards, turtles and other animals, which is where the cave gets its name from, and on the cliffs outside you’ll find a café, play area craft stalls.

Nick & Dariece from Goats on the Road – Cuz’s Fish Shack

“Our favourite hidden gem in Barbados was the flying fish slider shack known as ‘Cuz’s Fish Shack’ located right off of the parking lot at the stunning Carlisle Bay Beach near Bridgetown.

“This little shack churns out countless flying fish cutters to beachgoers at lunch time. Seeing as it’s located near our favourite beach, we ended up at this little joint many times during our time in Barbados. What a great find!”

While these spots are all great places to start, the best to see the parts of Barbados that most tourists don’t know about is to simply jump on a bus or in a taxi, and do some exploring with no destination in mind.

After all, because the island is so small, you can’t get that lost!